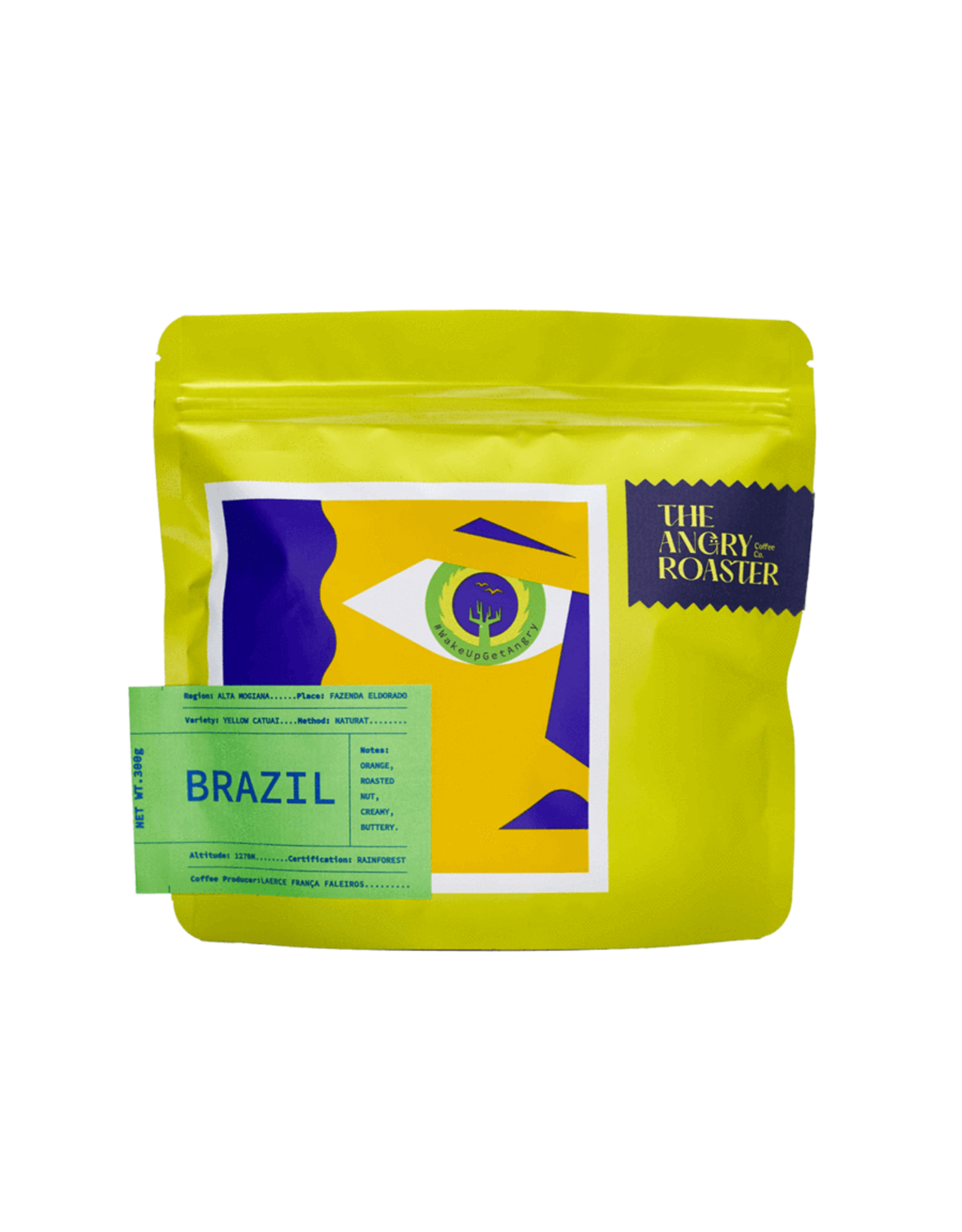 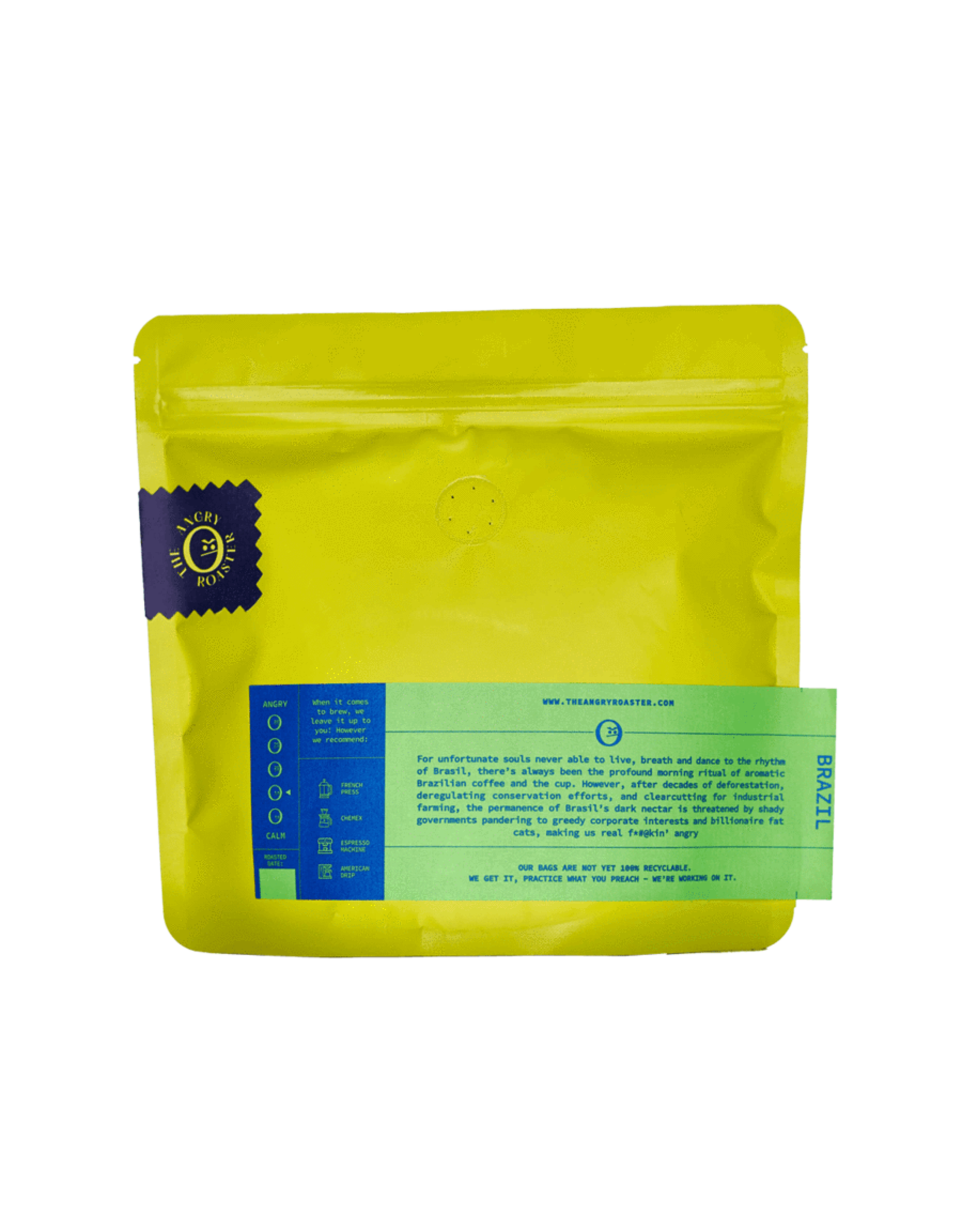 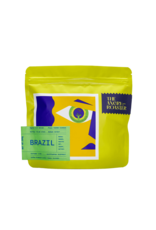 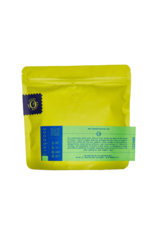 For unfortunate souls never able to live, breathe and dance to the rhythm of Brazil, there's always been the profound morning ritual of aromatic Brazilian coffee and the cup. However, after decades of deforestation, deregulating conservation efforts, and clearcutting for industrial farming, the permanence of Brazil's dark nectar is threatened by shady governments pandering to greedy corporate interests and billionaire fat cats,
making us real f*#@kin' angry.

Fazenda Eldorado is a farm from Laerce França Faleiros, a coffee grower in the municipality of Ibiraci MG, that is producing coffee in the region for more than 70 years.

Fazenda Santa Mônica is an extension of the family business in the municipality of Cassia MG, which is only 31kms from Ibarici. This farm belongs to Laerce’s sons, Jean Vilhena Faleiros and Elvis Vilhena Faleiros.

In 2013 Mr. Laerce together with its children have taken the farms to new innovative heights. Elvis has worked to grow relationships with farming communities throughout Alta Mogiana exploring possibilities for new varietals and outlining templates for continued quality and specialty coffee growth within the region. Jean, runs the daily farm operation. His passion has led him to grow new botanical varieties such as Bourbon, and Arara. He also introduced innovative techniques for flavour development at the coffee cleaning and drying stages (pulp natural and raised beds) and organic fertilizing techniques that are built in the farm.

About the region Alta Mogiana:

The region is in the south-east of Minas Gerais, more recently known by Alta Mogiana Mineira, one of the traditional regions that produces the best coffees in Brazil. This region stands out by the combination of altitude and average temperature during the year, thus presenting high content of natural sweetness. The altitude in this region ranges from 1080 to 1270 meters above sea level. Several cultivars are produced in this region, such as Red and Yellow Catuai, Acaiá, Mundo Novo, Catucaí, Bourbon, and Arara.

Most farms in this region are considered small. Alta Mogiana has an excellent infrastructure with easy access to technology and qualified labor. The region traditionally produces the best coffees in the state of São Paulo due to its high altitude, favorable climate and wide experience in producing specialty coffees.

Add your review
0 stars based on 0 reviews