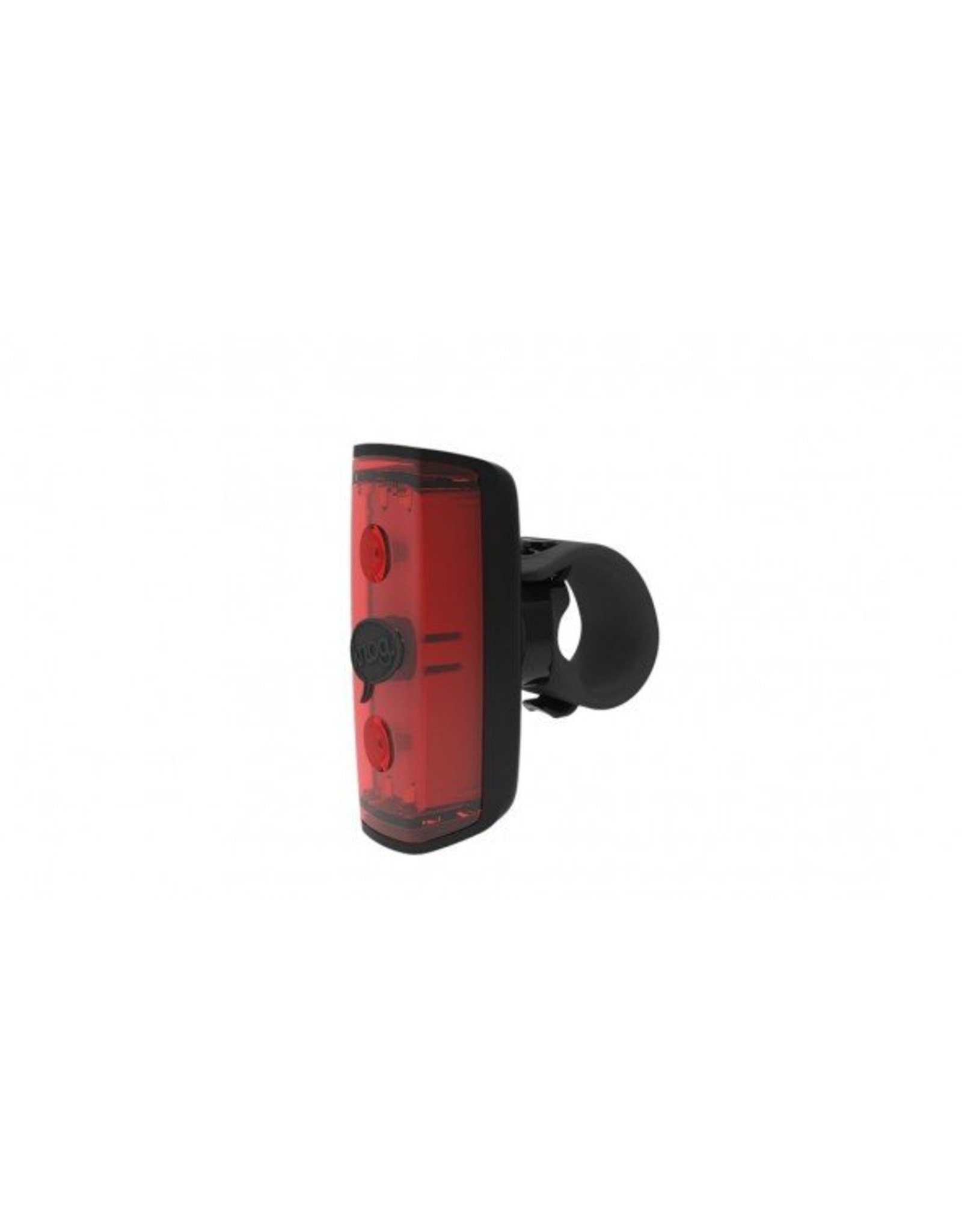 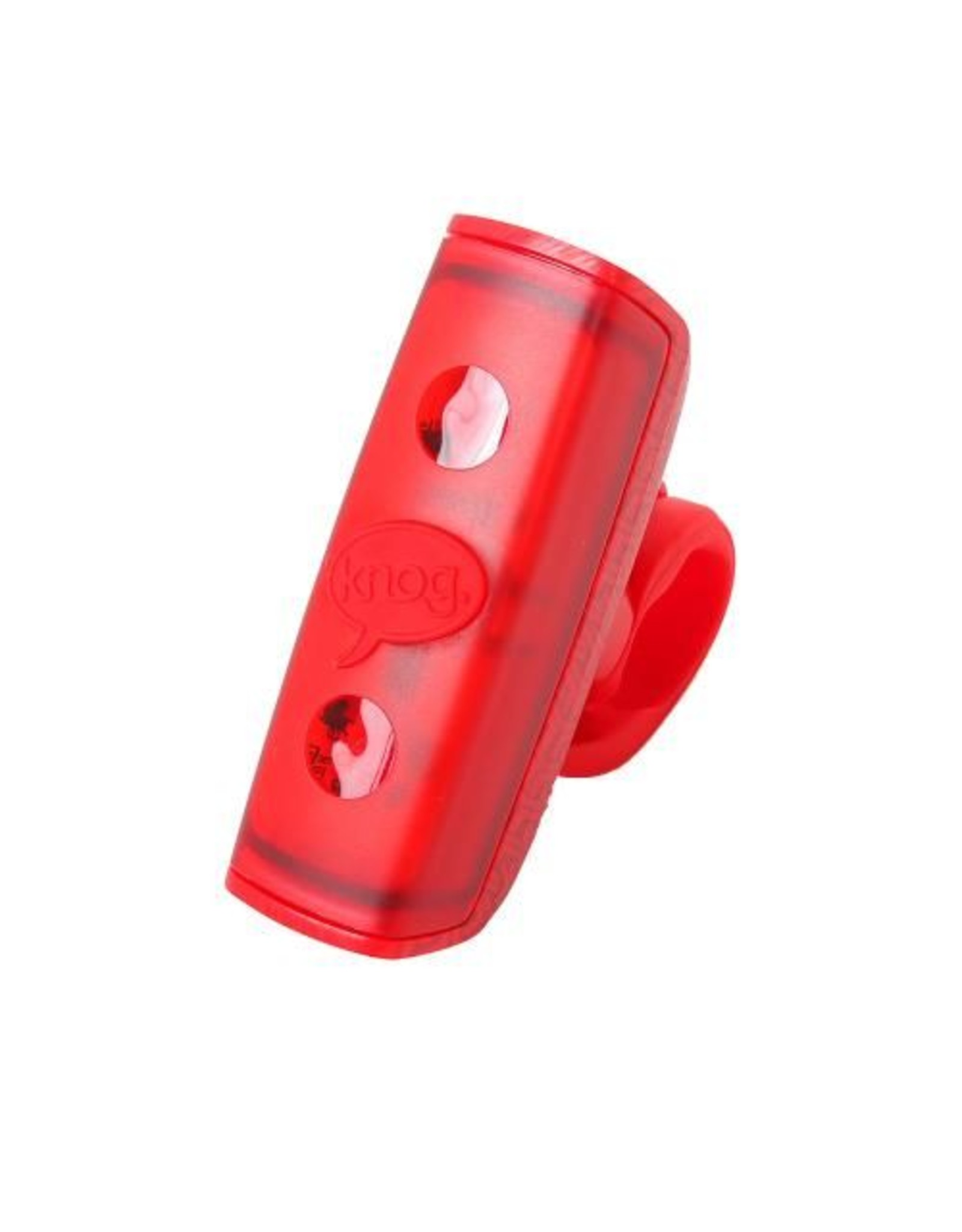 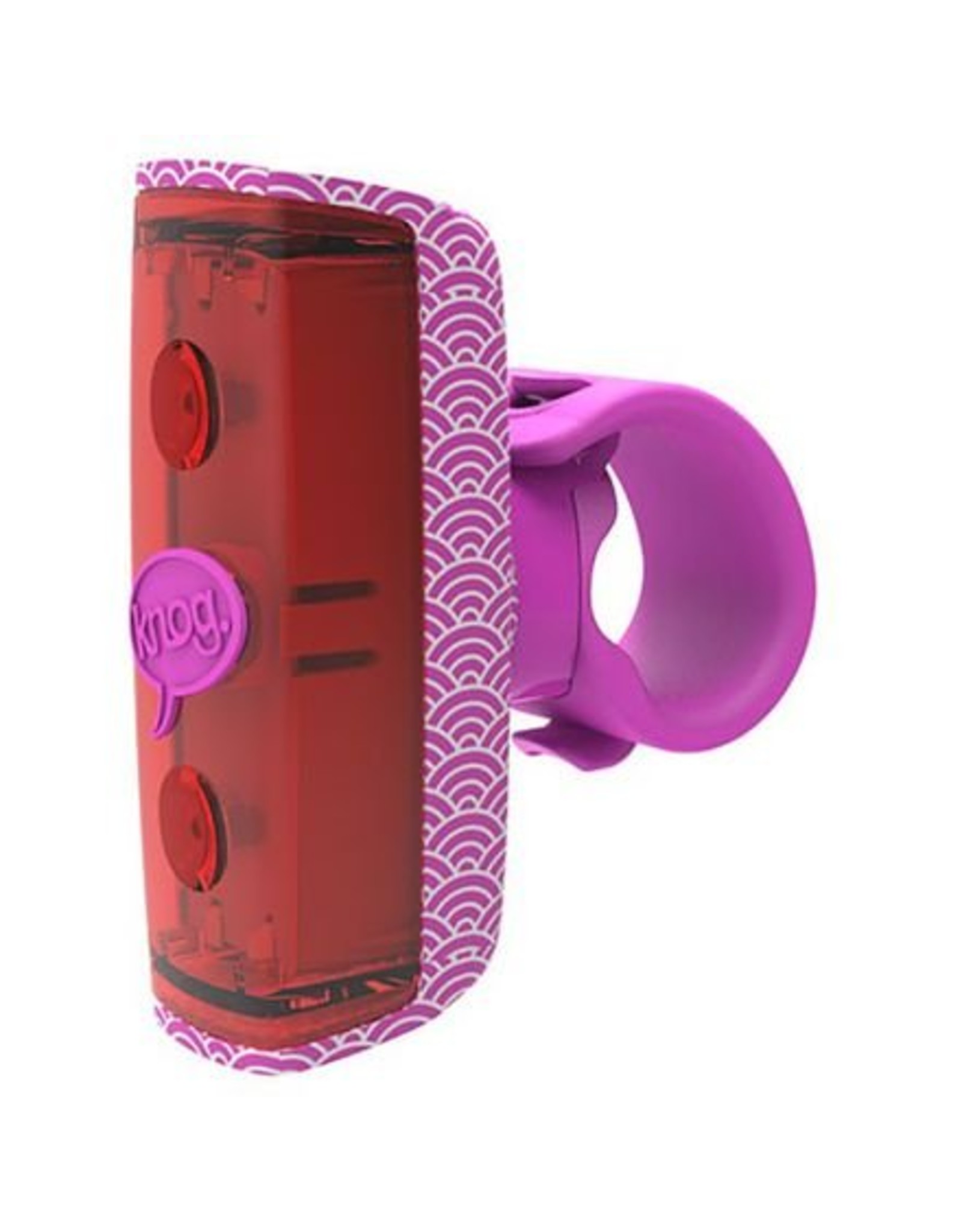 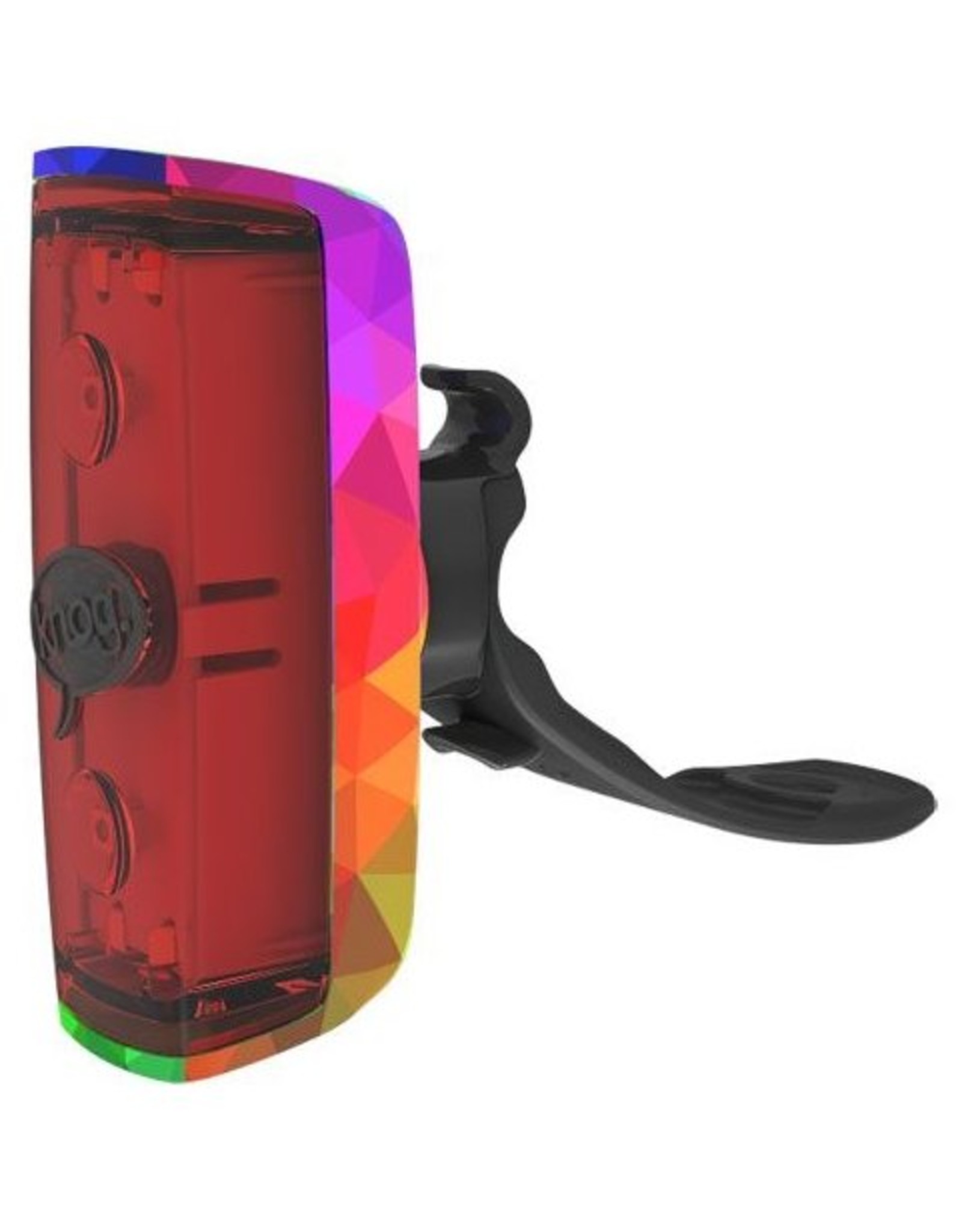 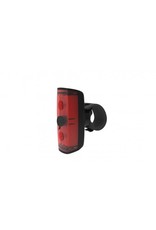 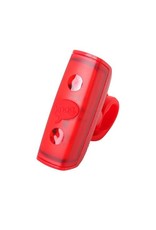 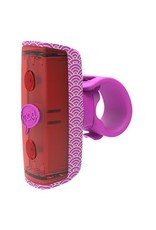 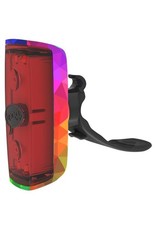 A super bright, AA battery-powered rear bike light with surface mounted LED tech. Outputting 5 lumens of light and 180° visibility, the POP R keeps you well illuminated not just from the rear, but from the sides too. With long runtimes (up to 200 hours in eco-flash), replaceable straps and a variety of different designs, there is a POP R light for all rider styles, mild or wild.

LOW BATTERY INDICATOR : A red LED will shine from the front of the light when the batteries are low. This LED will remain on for 5 seconds after the light is switched off to indicate that batteries need changing.